The Powerball frenzy that just occurred was completely unbelievable. Millions upon millions of people were  purchasing tickets motivated by and insatiable unquenchable greed to get a chance of a jackpot of 1.6 Billions dollars. However,how would you explain putting money into anything that has odds of one in 297 million to win. 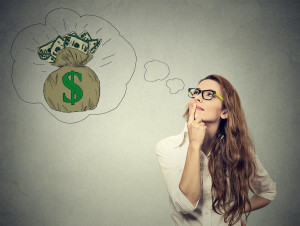 That did not really stop the microwave mentality mice from hearing the tune of the pipe piper government call and then get it’s minions to release more of their money, like if the amount of taxes fees and surcharges already paid out is not enough.

The level of getting all of those Benjamin Franklin’s hypnotic trance that galvanized the working poor to that slow and steady march to every deli, bodega, and lemonade stand that would accept the blood and sweat bought dollars for the ever so slight chance to just lose it all.

What the heck are you talking about Bobby? What am I talking about? I am talking about the government sponsored gambling racket that would make the mafia proud. The entire government capo regime which consists of, Federal, state, and local municipalities, hauls in over 70 billion in profits every year. And better than Jimmy the fish, they make sure that they do not have any competition.

Did you know that state lotteries are exempt from the Federal Trade Commission’s truth in advertising regulations? That’s right old uncle slam is ready to put the Bam on your wallet!

The latest government smack down comes in the limitation of fantasy sports betting. You see, there are regulations against games of chance. The reason why in the beginning, Sports Fantasy sites were left alone because this is normally considered a game of skill. For example if you make your fantasy football team of the players that you like, you need to make educated decisions on how they will perform for that week.

But wait!! The government has just redefined what constitutes games of chance. Because fantasy sports in some states, New York being one of them, has declared that fantasy sports betting is no longer a game of skill but a game of chance.

With the Powerball jackpot at $1.6 billion, the government takes 25% off the top with a cash out payment. Do you know anyone who really wants to receive their money over 21 years? Only if you are clinical insane. Does anyone really believe the government will still have money in 21 years? Ha Ha Ha!!

So obviously, all the winners cashed out. So that means uncle FED just got $400 million! If you’re lucky enough to live in a income tax-free state you will probably be doing better. For those who do not live in the land of lollapalooza, you may have to pay as much as a 9% income tax. That’s a state income tax. That does not count any local income tax you may need to pay. Also the federal tax rate is taxed at the highest level at nearly 40%.

But do you know what’s even worse than this? An estimate is 70% of all lottery winners eventually go bankrupt! Study shows that each month, 1% of all lottery winners will go bankrupt. Do you think in the commercials “All you need is a dollar and a dream”, that those statistics will be pointed out? Of course they will not because it would dry up the government slush fund.

Fox News had a guy name of Steven Wright discuss what happened after he won a 200 million Dollar Powerball jackpot. It was interesting to hear that within two days of him winning his jackpot The post office received over 10,000 pieces of mail asking him for money. Now this was undeliverable mail because the moochers that sent the mail, did not know his address. Furthermore they were, I believe it was 600 people, if you watch the video you’ll get the number, but these people had spent money to find out his address and send him a FedEx certified letter asking for money!!

Maybe it was those occupy Wall Street folks, you know the type. They smell like they have taken a bath in other people’s piss and constantly whine and complain about the 1%.

What was really sad  about the video was somebody he knew for 25 years, told him to his face, that he could no longer stand the sight of him.

I like a statement a person made in a documentary he produced,  which he stated that “Winning the Lottery is like throwing miracle grow for character flaws.”

So for all of you that are mesmerized by the untold millions in getting your mitts on money that you do not deserve, you have a better chance of becoming the president of the United States. That’s a one in 10 million shot, unless your Barack Obama, along with ballot stuffing and people voting multiple times, it’s a shoe in.

You actually have a better chance of being a movie star which is about one in 1,505,000.

Now let me stopping so negative. Let’s talk about things that have worse odds than Powerball.

You have a one in 300 million chance of being attacked by a shark.

You have a one into 250 million chance to experience death by coconut!!

Wait.. Powerball is 1 in 292 million so you have a better chance of being struck in the nugget with coconut then winning Powerball.

So life is not all that bad!

Listen, if any of you out there really want to burn your money in Powerball, why don’t you just give it to me? Yeah that’s right, you can go to my contact page and get a hold of me. And instead of playing Powerball, send me your money.

You may be saying, that’s absolutely insane! “I know for a fact I won’t get my money back!”

That’s what I’ve been trying to tell you. If you play Powerball you’re not going to get your money back.

Now I can see you leaning back in your chair in amazement saying to yourself “Well at least I have a one in 292 million chance of winning.”

OK, let me help you out.

I will invest your money in the next get rich quick scheme I see at 2 AM! There… are you happy? Now you will have the same crappy odds as you would playing Powerball. But for my labor busting and staying up to 2 AM, I’m going to skim 50% off the top!

Hopefully from reading this article you were completely detoxed from ever wanting to play the lottery again. But if not, enjoy life in skid Row, because you have a 70% chance of ending up there.