Here is part two of this insanity inspired drama called the lottery!

I left off on the previous post discussing how quick pick in the Powerball is such a scam, in addition to the scam of the odds being raised to one in 292 million.

No it wasn’t raised to give you more money if you win. That is the equivalent of giving free drugs to someone so they can get hooked. Then they lose control over themselves and you have a committed customer.

The real reason why the odds were made the way there was so all of you psychopaths would buy up so many tickets that it would increase the amount of the money our illustrious federal and state governments receive.

Since they know it is all bout the money, they want a bigger piece of it. 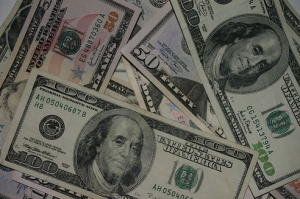 If you want to be enlightened about this, you need to read my article from a previous post.

The following story is really going to crack you up. It is when crooks steal from crooks.

So this guy, Eddie Tipton, the former security director of the Iowa multi-state lottery association, actually gets this quick pick number generator system, which is being used to steal money out of people’s pockets, to redirect some of that money to his pocket.

At least this guy was convicted. There are actually a lot more people that need to be convicted who are running this mob racket.

Someone at the prison he was sent to, needs to dress him up , put ponytails on him, and pass him around like a peace pipe to all the hardened inmates!

I believe the total amount this guy has taken somewhere in the neighborhood of 24 and $25 million. I guess that wasn’t enough to get a good lawyer to keep him from going to prison.

Now I just found out some more information  that Eddie has pulled more of the shenanigans in the state of Kansas. Go Eddie! You are going to need more KY jelly!

No why haven’t we heard a lot of this in the news? Well it’s obvious that the liberal media is going to help their bedfellows at the state and federal government levels.

Do it for the kids! I can hear these shameless government bureaucrats telling their friends in the media as to why they should not report this.

Forget the facts that also state lotteries are exempted from the Federal Trade Commission’s truth in advertising statutes and, like I mentioned before, use random number generator is that can potentially be duplicated in multiple states. To raise insult to injury, raise the odds to 1 in 292 million.

How embarrassing that the Lottery Commissions were themselves taken.

So obviously, someone had needed to roll for the scammers themselves being scammed. That honor fell to Charles Strutt. This poor sap has been, or was, the Executive Director of the multi-state lottery association since its founding in 1987.

What a kick in the tail.

He should be proud because his reign of terror lasted longer than most mafia Don’s.

What most people who play the lottery do not realize is the odds are completely against them that they will still have any of the wealth 10 years after they win.

There are statistics everywhere that show 70% of all lottery winners have nothing to show for their winnings after seven years.

Pretty interesting that the number that is used in these studies is seven years. The reason why I am saying that is because that number is referred to as the number of completion. So after seven years, you will be completely broke!

I would care to guess though that Charles Strutt will probably be back as the Executive Director of the Powerball Multi-State Lottery Association when all of this blows over.

Do you want to bet? Let me know what you think.