If you had a dollar and a dream. That’s all you ever hear on any of these lottery commercials.

What they don’t tell you, is what happens behind closed doors.

But Bobby is about to tell you!

What do I mean by that? If you ever watched any of these lottery drawings, the person who’s gonna set into motion for the winning numbers to be drawn, state before he or she starts, that the drawing is being audited by so-and-so firm.

Obviously this is done to give an aura of fairness in the lottery drawing. We would all hate to think that the lottery was fixed. If that type of thinking were to become pervasive, It would destroy the notion that in everyday person can become a millionaire overnight.

Some of us may have done local sports betting, may be in the office pool. While others, may have gone to illegal gambling den’s, Or may have placed bets with local bookies.

While they also try to assure all of us that everything is on the up and up. We always have this little voice inside, that is always whispering to us that they can screw us over at any moment.

So it does not take the marketing geniuses working  for the state lotteries to realize the necessity to overcome this. 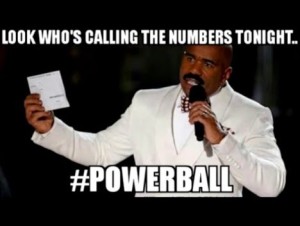 Just like the casinos in Vegas, Reno and a Atlantic city had to had to overcome the stigma that they were mafia controlled. Though I am still under the impression that those cities are controlled by crooks anyway.

Except those crooks are referred to as being legit crooks. Who are the people that are making the decision  of what is legal and illegal in gambling? Oh, it’s the state legislatures. Hmm… crooks making laws for other crooks. Isn’t that novel?

What makes this even more devious is when one crook steal some cash from the other crooks. We already know that these lottery thieves already are using Jedi mind tricks on the gullible, but it is almost laughable when they rob from each other.

Case in point. There’s a guy named Eddie Tipton, who, get this, was the security director of the association that runs Powerball, and was recently convicted for fraud for fixing a jackpot in Iowa!

There goes the honesty of state lotteries! While I’ve never consider them to be anything but honest, this case goes to prove my concerns.

What was really sad is just not too long ago, someone made a statement to me about the lotteries possibly being fixed. Now he nor I never discussed anything that was in the news. This was just a discussion about whether anybody could trust any of the states to be honest.

The sad part was a comment I had made to him, that no, the lotteries are audited by third parties. So they should be pretty safe.

Did I forget so quickly the fiasco concerning Arthur Andersen and Enron?

Getting back to Mr. Tipton, not only did he did he help to screw people over in Iowa, but he’s accused of tampering with lotteries in four other states!!

In seems like he installed software that was giving him advanced knowledge of the winning numbers.

This software was directly linked to the number generators that are used to help people pick numbers.

Number generators are scamming themselves. These are for people that are just so lazy, they can’t even pick their own numbers to gamble with. So they let the computer pick it for them.

When it comes to Powerball, since this is a multi state game, that means the same numbers can be picked in any state. The reason being is that there is no central system in the Powerball lottery to prevent duplicate numbers.